His loss rocked me 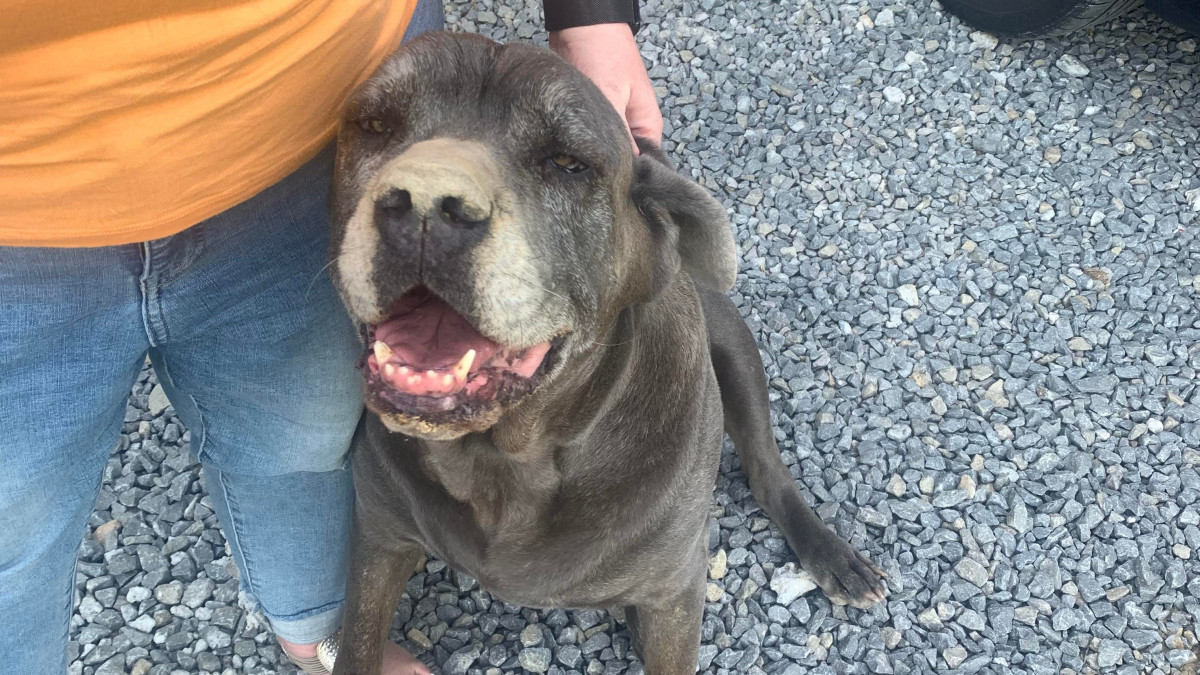 Wondering where I’ve been?

A few months ago, my Cane Corso (Italian Mastiff), Sarge, took his last breath. His heart failure came on suddenly and stole his life quickly. And his loss rocked me.

We found Sarge when he was 6 months old. We had already added Roxi when she was 6 weeks old a few months prior, so she was ruling the house. Sarge took a while to get through her attitude, but he eventually charmed his way into her heart too. Roxi and Sarge were opposites in every way. Roxi was rambunctious, nosey, and always ready. Sarge was slow, nonchalant, and never ready; he even used to do this little dance of his legs to get up like he was powering up. They both thought they were lap dogs, which wasn’t bad for Roxi’s near 95 pounds. But Sarge was around 135 pounds, which made it a little more difficult when he plopped his large head on a lap or when he scratched a leg or arm with his paw to encourage more petting. Sarge was massive, and he looked and sounded scary. He was anything but.

Sarge was a special dog. He was scared of so much; ceiling fans, his shadow, vinyl flooring, men with hats—they all freaked him out. He would bark or hide away, running as fast as he could. The veterinarian would see him on their back porch because he was shaking too much to go in their front door most of the time. He loved babies and worried about them. It didn’t matter if it was a human or other animal, he insisted on seeing them and resting his head near their feet. He did like attention, but he was lazy. He ended up whining from wherever he was to get attention. It always worked because his eyes were like those of a Precious Moments character. His anxieties turned to calm when we moved to the farm. (A real farm—not the fictional farm where parents tell their kids pets go to live a better life, although….)

Sarge found a perfect place of comfort and living his best life on our 10-acre farm. He would sit on the porch of our cabin or our pole barn, tilt his head to the sky, and smell the air. He liked to hang out with the butterflies. He would find a patch of them and rest near that spot, holding his head for them to flutter. He needed to see someone at all times, so if he didn’t see someone in the yard, he would bark from his post. He definitely wasn’t going to move. We were making house decisions to make sure Sarge and Roxi were happy and comfortable. He became a little obsessed with me when we were building our new house. If I walked to a room, he would follow even if he could see me because there were no walls. As we continued the build, he loved my office even though it wasn’t finished. When I would mow, he would follow to an area where I hadn’t mowed and sit there. When I would get close to him, he would move. But he wanted to stay with me. Everyone loved Sarge. The contractors who came to help with the build, our friends and family, everyone loved him.

He was fine and seemed to be enjoying life. He gained even more weight, getting up to around 170 pounds. My friend came to visit one weekend. After she left, Sarge seemed to be fine. But the next day, he was struggling to walk. He had a few accidents, which was so unlike him. When he was able to get up and walk, he would almost tilt and a few times, he fell over. I slept near him to be sure he knew I was there. Since we’re new in town, we took him to the local vet who gave us the devastating news: heart failure. He gave us some medicine to help make him more comfortable and to potentially help extend his life. It didn’t work. My week was spent taking Sarge to one vet and another for a second opinion/last ditch hope. We like to say his heart was too big for this world. 5 days of watching our sweet boy’s health and quality of life decline and sleeping next to him. It broke our hearts. On Friday, August 19, I loaded my Sarge into our truck and took him to the merciful veterinarian who put him out of his misery. I laid next to him while he took his last breath. I then drove his body to a crematorium over an hour away. I made the arrangements and then helped hoist his body onto the gurney before saying my final goodbye.

Home will never be the same. There is a huge void in our lives without Sarge. Roxi was okay when I first arrived home, but the next day, she literally cried. She’s not the same. All those decisions that we made on our house because of Sarge, we’ve had to reevaluate. I changed my office flooring to vinyl since he’s gone. I stopped mowing. We moved into our unfinished home from the cabin where we had lived with him. My heart cannot handle some memories anymore. I sometimes sit and cry from missing him. His loss rocked me.

During the time that I was caring for Sarge and tending to his last days, I had the full support and love of my team. I did what I absolutely had to, and I asked my team to tend to the rest. I was broken, and they understood.

That’s not to say some aspects of a business will not falter. I stopped sending emails and stopped writing my newsletters/blogs. I knew I needed to share this with my audience, but my heart struggled to write it. It’s taken me a lot of time and tears to share this with all of you.

As someone who has suffered a ton of loss throughout my life, I took this hit hard. Sarge was the best part of everything. He was happy, a little lazy, and vocally laissez-faire. His loss was difficult because he was so wonderful. But even when he wasn’t perfect, he was so loved. Even when he was leaving scars on my legs from clawing me because I stopped petting him for a moment.

Hug your loved ones a little tighter today and embrace their imperfections.